What an amazing blog this is!

The Mauthausen concentration camp was established shortly after the German annexation of Austria (1938). Prisoners in the camp were forced to perform labor in a nearby stone quarry and, later, to construct subterranean tunnels for rocket-assembly factories. US forces liberated the camp in May 1945. 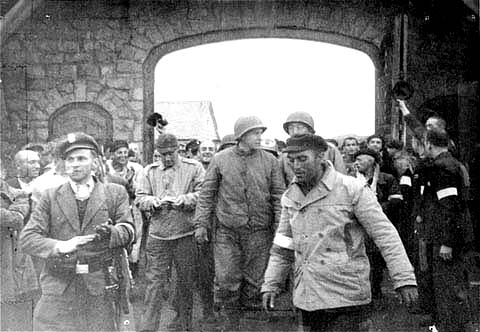 On 5 May 1945 the camp at Mauthausen was approached by a squad of US Army Soldiers of the 41st Reconnaissance Squadron of the US 11th Armored Division, 3rd US Army. The reconnaissance squad was led by Staff Sergeant Albert J. Kosiek. His troop disarmed the policemen and left the camp.

By the time of its liberation, most of the SS-men of Mauthausen had already fled; around 30 who were remained were killed by the prisoners,and a similar number were killed in Gusen II. By 6 May all the remaining subcamps of the Mauthausen-Gusen camp complex, with the exception of the two camps in…